The first time he laid eyes on her, he was lost MONTANA ROSE by DeAnn Smallwood #western #amreading #historical 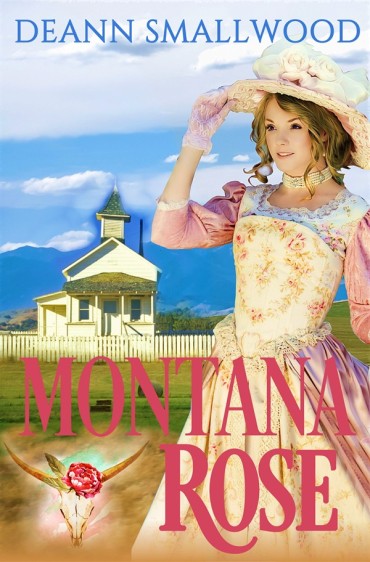 GET IT ON AMAZON: http://amzn.to/1URhufW

ABOUT THE STORY: Rose is a rancher at heart. There’s no doubt in her mind that if given another chance, she can make a success of homesteading. She will not fail this time.

People scoff, saying ranching is too much of a job for a lone woman to undertake. But Rose is no ordinary woman. She may be petite, stylish, and beautiful, but she is also strong and driven. Every aspect of ranching brings joy to her heart. Then why is she here in Wise River, Montana, taking orders from a mean-spirited school board and attempting something she has no clue how to do? Teaching?

Jesse Rivers carries his own baggage on his wide shoulders. He’s been called home by a dying stepmother to take over the Rocking R Ranch and the care of a belligerent and wounded brother.

A rugged, lanky cowboy, Jesse is also demanding, surly, and afraid to love. No, he can’t love. What if he has buried inside him the same volatile anger as his father, resulting in brutality by strong fists or a whip?